Sydney has lost another key member of its successful modern era after club favourite Kieren Jack announced he will retire after Saturday's clash with St Kilda at the SCG.

Jack, one of many rookie-listed players to carve out a long career at the Swans, won the Bob Skilton medal as club champion in 2010 and two years later was part of a thrilling premiership triumph over Hawthorn.

The following season he earned All Australian honours after averaging a career-high 25.2 possessions per game, kicking 24 goals, and polling 19 votes in the Brownlow medal.

He co-captained the club from 2013 to 2016 alongside Jarrad McVeigh and is just the ninth Sydney player to play at least 250 games for the club.

A debilitating hip issue has limited his impact over the past two seasons, but he's remained a revered leader among a young playing group.

Jack said on Monday that the last couple of days have given him time to reflect on his time at the Swans.

"I feel so fortunate to have come to this club.

"I've created so many memories with the guys I've played with that I'll remember and cherish for the rest of my life.

"It's a sad day but one I also want to celebrate."

The 32-year-old will play his 256th game against the Saints, with fellow retiree Jarrad McVeigh (calf) pushing hard to make it a farewell game to remember for two of the state's finest products.

It could also double as a celebration for superstar Lance Franklin if he's passed fit to play his 300th game.

"I don't want to pre-empt anything, but it could potentially be a really big week, and a special week for the club," he said.

"I just want to enjoy it and soak it all up." 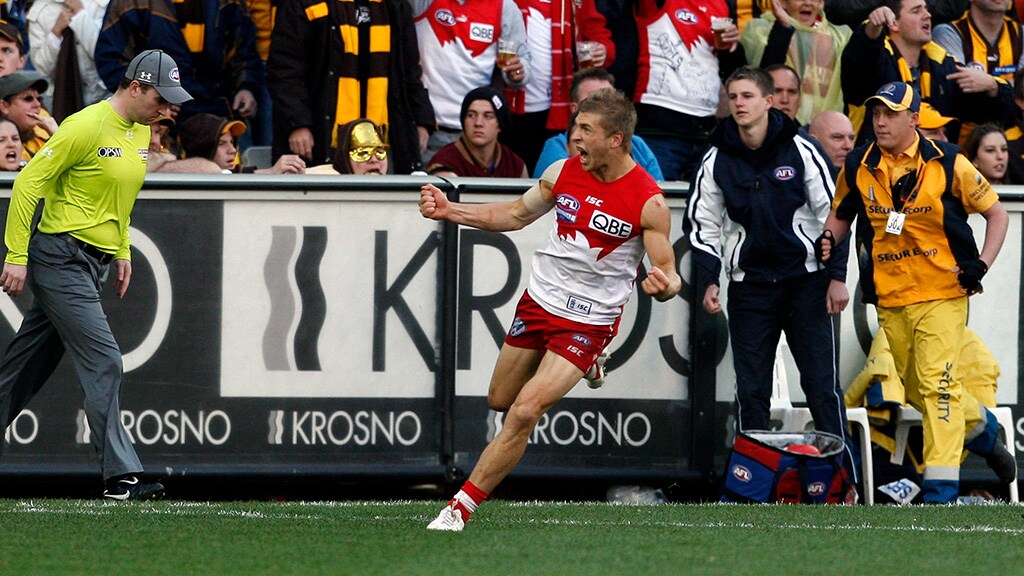 A junior rugby league fanatic, Jack swapped codes to play for Pennant Hills in the Sydney competition, before being taken with pick 58 in the 2006 NAB AFL Rookie Draft.

He started as a back pocket in the reserves with a dodgy kick but fierce tackling ability, but after plenty of work with Sydney's development coaches, blossomed into a tagger. Jack learnt plenty from his run-with roles and became a midfield star in his own right.

The Sydney local has seen plenty of change in the NSW footy landscape and said he's proud to have paved the way for kids growing up in his home state.

"Potentially my story has helped kids (in NSW)," he said.

"The doors to the AFL are well and truly open and the strength of the Swans has helped that, the academies had a lot to do with it and the Giants have helped as well, there's no doubt about that.

"If I've played a small role in helping kids wanting to play AFL football, I'm pretty happy about it."

Jack joins McVeigh, Nick Smith and Heath Grundy – also members of the Swans' 2012 flag win – as veterans to hang up the boots this season.

The quartet has represented Sydney in 1046 matches between them.

John Longmire was glowing in his praise for the retiring Kieren Jack. Picture: AFL Photos Coach John Longmire said Saturday's final siren will be an emotional day for everyone at the Swans.

"I feel extremely fortunate to have created some great memories with these blokes and I'm forever grateful," he said.

"Kieren did it the hard way and there were plenty of doubters, but he was able to make a real success of his career at the top level for a long time.

"The local kids look up to him and aspire to one day be a Kieren Jack.

"I think that's a great legacy to have for anyone.

"His influence is much greater than on just our footy club, it's his influence on the code up here and that’s pretty special."

The Sydney Swans app has undergone a new update that is set to continue to improve the experience for all fans of the red and white.