Chris Smith played an integral role in the formation and establishment of the Academy in 2010.  Chris has combined his qualifications in Applied Economics with his background as an AFL-listed player to create a program at the forefront of junior talent identification, skill acquisition and high performance.

Jared Crouch played 223 games for the Sydney Swans. An integral member of Sydney’s 2005 Premiership team, Crouch was presented with the Paul Roos Award for Best Player in the finals series in that premiership season. He retired at the end of 2009, and has been inducted in to the Sydney Swans Hall of Fame. 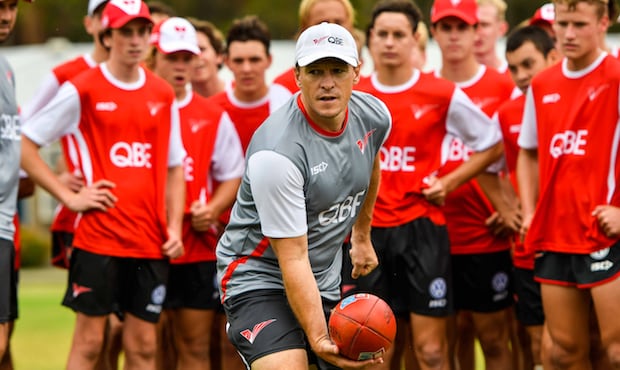 Nick Davis played for Collingwood and the Sydney Swans, for a total of 168 AFL games, and was a member of Sydney's 2005 premiership side. Davis was a highly-skilled player, considered to have a near-flawless kicking style. Nick also works with the Sydney Swans senior team, previously as a development coach and currently as the match day runner.