Many administrations through the 1960s and 1970s worked feverishly to keep the Swans afloat. However, diminishing attendances and membership nearly led to financial extinction. Change was a necessity, and club stalwarts Graeme John, Jack Marks and VFL President Alan Aylett cast their eyes further than the confines of Victoria.

In 1981 the Swans received the permission of the VFL to play 11 home matches in Sydney the following season. The first match was played at the SCG on Sunday March 28, 1982, when a crowd of 15,764 saw the Swans defeat Melbourne by 29 points. The Swans’ initially successful foray into Sydney continued in July, as they beat North Melbourne to win the Night Series Premiership, and prize money of $105,000. 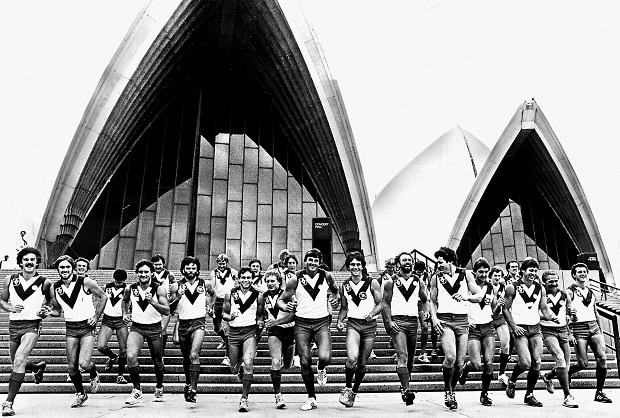 The Swans make the move to the Harbour City in the early 1980's.